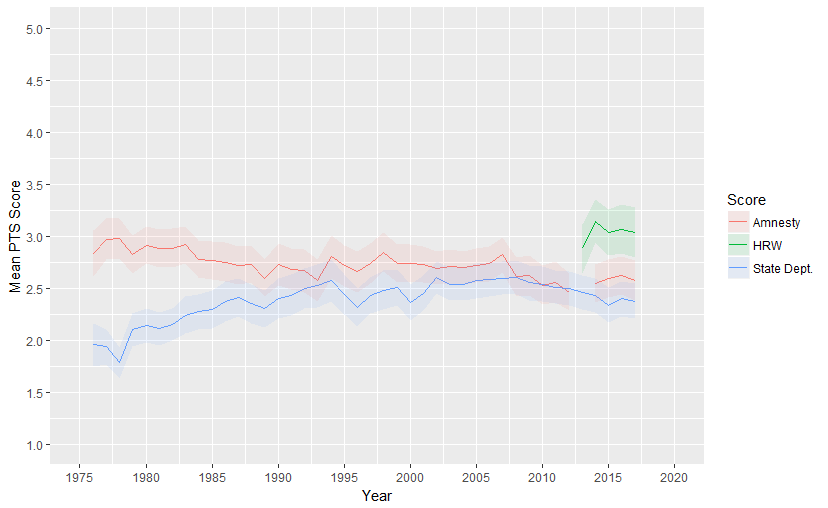 We are releasing the PTS Scores based on the most recent human rights reports from Amnesty International, Human Rights Watch and the U.S. State Department. The data release covers events that took place between 1976 and 2017 and in 210 countries and territories. The figure above shows the annual average PTS scores over the period. Considering that the sample of reports does change from year to year, this figure does seem to suggest that human rights conditions have improved slightly since 2016. This year’s release includes:

All data, as well as the latest version of the codebook PTS-Codebook can be accessed here: Download

The Data Table on the website and the PTS-App have been updated and also contain the latest scores.

Last year’s version will still be available in various formats (i.e., .xlsx, .dta, .RData, and .csv) in our Data-Archive but we continue to report three sets of scores this year.